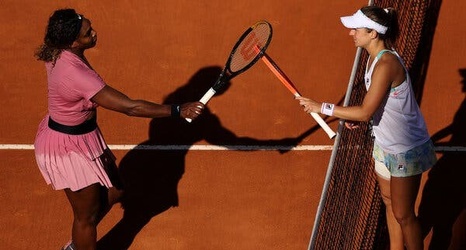 Serena Williams has come a historically long way since she made her WTA Tour debut at age 14. She has won 23 Grand Slam singles titles and 50 other tour titles; occupied the No. 1 ranking for 319 weeks; and become one of the cultural touchstones of her time and one of the greatest athletes of any time.

There is, at this advanced stage, much to celebrate in her singular journey. But her 1,000th career singles match, played on Wednesday on a breezy afternoon at the Italian Open, was an often-frustrating reminder of just how far she has to go to resume winning the game’s biggest prizes, against the odds, at age 39.