Serena Williams, on the Way to a Tough Win, Gets a Look at Tennis’s Future 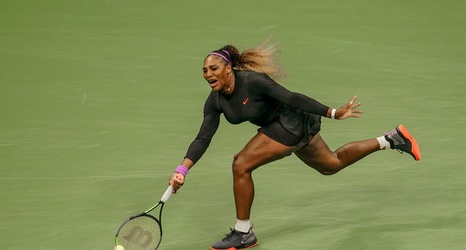 It has been quite a Grand Slam season for American teenagers on the women’s tennis tour, and though autumn is on the horizon, they continue to make a deep impression.

After the 15-year-old Coco Gauff defeated Venus Williams in her first match at Wimbledon last month, Gauff’s doubles partner, the 17-year-old Caty McNally, made a run at an even bigger upset in her first United States Open.

McNally won the opening set in style against Serena Williams before Williams rallied to prevail, 5-7, 6-3, 6-1, in the second round on Wednesday night.