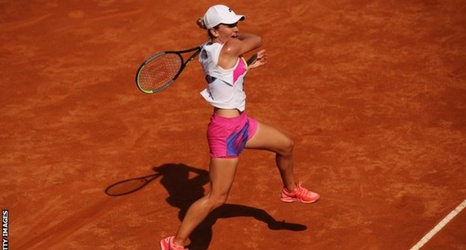 The pair then traded several breaks in the second set before Spain's Muguruza forced a decider.

Romania's Halep edged the third set and will play Marketa Vondrousova or a Karolína Pliskova in her third Italian Open final appearance on Monday.

Australian Open runner-up Muguruza, who beat Britain's Johanna Konta in the quarter-finals, took a medical time-out at the end of the first set and appeared to be moving more freely afterwards.