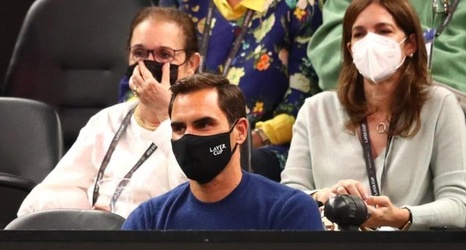 Roger Federer says he is not rushing his return to the court but is "feeling good" after knee surgery.

The 40-year-old Swiss had two knee operations in 2020 and then further surgery after this year's Wimbledon.

Federer, a winner of 20 Grand Slams, spoke about his recovery at the Laver Cup in Boston on Saturday and received huge applause from the crowd.

"I've got to first walk again properly, run properly and then do the sidesteps and all the agility work," he said.

"And then eventually I've got to be back on the tennis court.