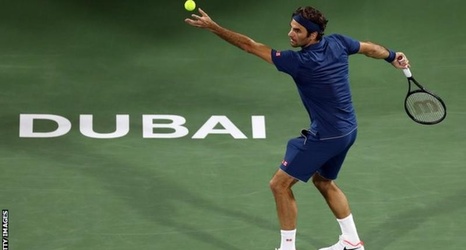 Roger Federer claimed his 50th win of the Dubai Tennis Championships by beating Spain's Fernando Verdasco in three sets to reach the quarter-finals.

The 20-time Grand Slam winner, 37, will face Hungarian world number 35 Marton Fucsovics for a place in the last four.

Meanwhile, there was a shock defeat for top seed Kei Nishikori against Polish qualifier Hubert Hurkacz.

Hurkacz converted six out of seven break points to beat his Japanese opponent 7-5 5-7 6-2.

If Federer claims a record eighth title in Dubai, he will claim a century of ATP victories, with only American Jimmy Connors ahead of him on 109.