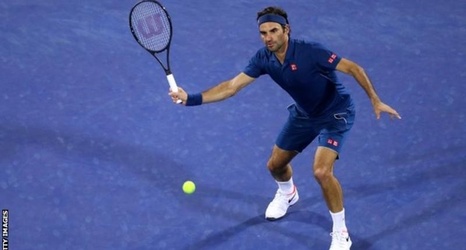 If Federer wins an eighth title in Dubai he will become just the second player to win 100 singles titles after American Jimmy Connors, who won 109.

Federer will play Borna Coric or Nikoloz Basilashvili in the last four.

Twenty-time Grand Slam champion Federer, currently seventh in the world, is the highest ranked player remaining in the draw with Greece's Stefanos Tsitsipas meeting Frenchman Gael Monfils in the other semi-final.