Retirements Are Down at the Australian Open. Is Money the Reason? 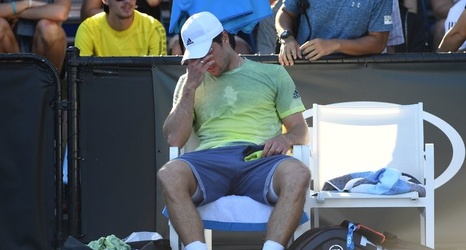 MELBOURNE, Australia — The first round of the Australian Open was completed on schedule Tuesday night.

More remarkable, only one of the 128 men’s and women’s singles contests ended with a player retiring with an injury midmatch.

That single retirement matched the lowest total in the first round at a Grand Slam event in the last 10 years, achieved only three times in the past 40 tournaments.

In that span, men in the singles draw averaged 3.13 first-round retirements per Grand Slam event, while women averaged 1.05 retirements.

Although a fortunate lack of acute injuries played a role, many in the sport have pointed to the implementation of a new rule that allows injured players to withdraw before taking the court and still receive half of their first-round prize money.