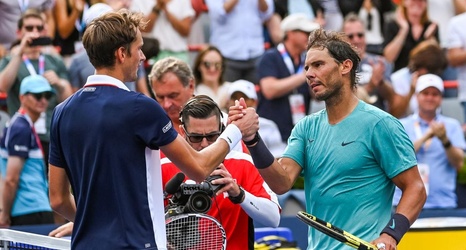 Rafael Nadal and Daniil Medvedev will face off on Sunday with the U.S. Open trophy on the line. Nadal will be aiming for his 19th Grand Slam singles title, which would put him just one behind Roger Federer's all-time record. Medvedev, 23, is playing in his first major final.

The two have only faced off once previously—at this year's Rogers Cup final, where Nadal won easily, 6-3, 6-0.

Our SI Tennis crew breaks down the final, which will begin at 4 p.m. EST on Sunday.