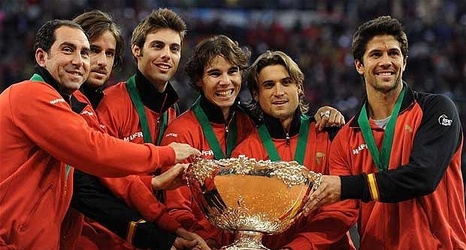 MADRID — Rafael Nadal is returning to Spain's Davis Cup team after a two-year absence for a lower-tier series against Denmark.

It will be the eighth-ranked Nadal's second Davis Cup appearance in the last four years.

Spain needs to win the best-of-five series to remain in Group 1 and avoid a relegation playoff against Sweden.

Nadal is enduring one of its worst years on tour and is coming off early elimination at the U.