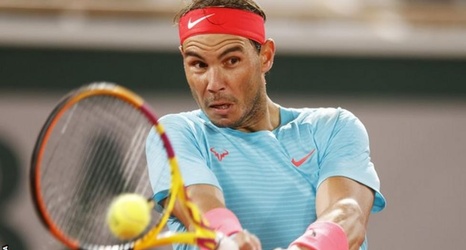 Rafael Nadal sent another ominous warning to his French Open rivals by dropping five games in a third-round win over Italy's Stefano Travaglia.

Nadal, 34, is looking for a record-extending 13th title and looked comfortably at home on Court Philippe Chatrier in a 6-1 6-4 6-0 victory.

Travaglia, 28, won just six points in the first set but settled down to make it more of a contest for the Spaniard.

However, Nadal upped the tempo again to set up a meeting with Sebastian Korda.

The American 20-year-old became the first qualifier in nine years to reach the fourth round by beating Spain's Pedro Martinez.