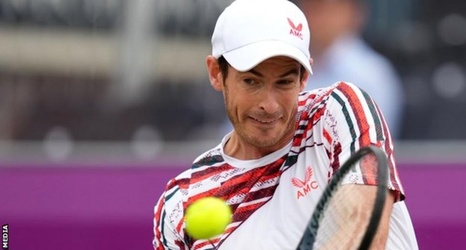 Andy Murray's singles comeback ended with a straight-set defeat by Italian world number nine Matteo Berrettini in the second round at Queen's.

Former world number one Murray lost 6-3 6-3 and missed out on facing Dan Evans in the last eight in London.

British number one Evans reached the quarter-finals with a 6-4 7-6 (9-7) win against France's Adrian Mannarino.

Sixth seed Evans took his second match point to reach the last eight at the Cinch Championships for the first time.

The victory ensured there are three Britons in the quarter-finals of an ATP Tour event for the first time since 1996, but Murray was unable to make it four as Berrettini progressed with an assured display.