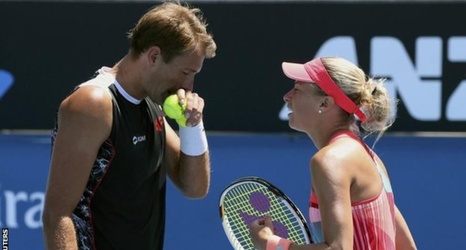 Players involved in a mixed doubles match at the Australian Open say they were interviewed by the Tennis Integrity Unit (TIU) after newspaper reports of suspicious betting patterns.

Most of the money was placed on Spain's Marrero and Arruabarrena to lose.

All four players rejected the possibility of match-fixing.

Spanish pair Marrero, 35, and Arruabarrena, 23, rejected the allegations in an interview with the Times, with Marrero blaming a knee injury for the pair's poor display.