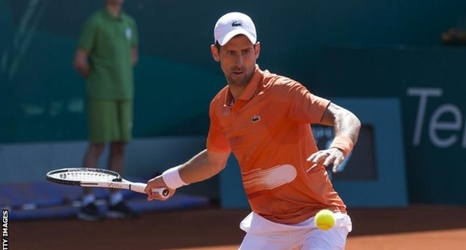 Novak Djokovic reached his first final of 2022 by beating Karen Khachanov in the semi-final of the Serbia Open.

In front of his home crowd in Belgrade, Djokovic came from behind to beat his Russian opponent 4-6 6-1 6-2.

The clay court event is Djokovic's third this season after a disrupted start to the year beginning with his deportation from Australia in January.

The world number one will play Russian second seed Andrey Rublev or Fabio Fognini of Italy in Sunday's final.

Djokovic was unable to compete at the Australian Open after being deported because of his Covid-19 vaccination status.