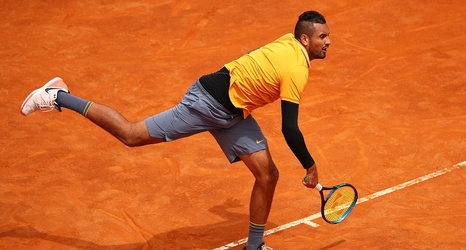 Nick Kyrgios' temper got the best of him once again as he went into a rage at the Itailian Open on Thursday, throwing a chair and promptly getting disqualified from the tournament.

During his second-round match with Casper Ruud, the Australian was tied with Ruud in the third set and was down a break point after being given a game penalty for swearing.

After giving his racket a slam, Kyrgios kicked a water bottle, and saw a stool nearby and flung it across the court.

As a result, Rudd will take on Juan Martin del Potro in the third round.