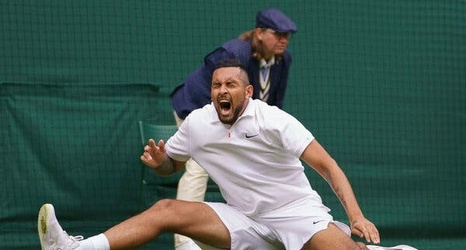 WIMBLEDON, England — Getting Nick Kyrgios out of semi-sabbatical and on a plane out of Australia took something special.

“It’s Wimbledon,” he said before this Grand Slam tournament began. “It’s the pinnacle of tennis. I’m going to get myself some strawberries and chill, hit some serves, hit some volleys, enjoy the grass and chill out.”

He neglected to mention that he was also going to win a match, an edgy five-setter against the No. 21 seed, Ugo Humbert, that stretched over two days and required Kyrgios to dig rather deep instead of playing it cool.