Naomi Osaka Perseveres, Pushes Into the Round of 16 in Cincinnati 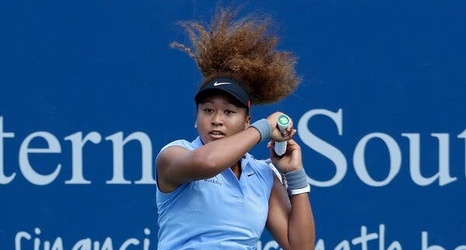 Down a set and a break of serve against Coco Gauff, Naomi Osaka was in danger of making a quick exit at the Western and Southern Open in her return to the WTA Tour.

But Osaka kept her composure, tinkered with her tactics, cut down on errors and found a way to impose her power game on the 17-year-old Gauff.

Cracking groundstrokes and above all pounding decisive serves, the No. 2 seed Osaka came back to win 4-6, 6-3, 6-4 and secure a spot in the round of 16 against Jil Teichmann of Switzerland.

It was a reaffirming victory for Osaka, who has had an up-and-down season: winning her fourth Grand Slam singles title in February at the Australian Open and then withdrawing after one round at the French Open after her decision not to participate in required news conferences led to a clash with tournament officials.