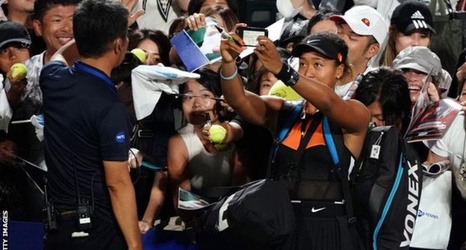 Osaka, 21, is enjoying a strong run of form at the Pan Pacific Open in her home city Osaka, reaching the final by beating Belgium's Elise Mertens, 23.

The two-time Grand Slam winner cruised past Mertens 6-4 6-1 in her second game of the day, after overcoming Kazakhstan's Yulia Putintseva 6-4 6-4.

"For me, I learned a lot from when I played her at Wimbledon," Osaka said.

"And I know that a hard court is where I feel most comfortable.