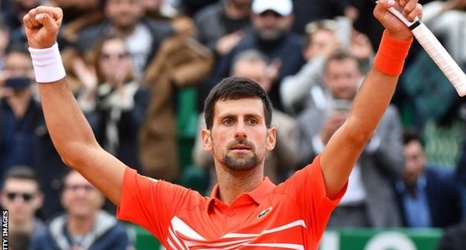 World number one Novak Djokovic smashed his racquet during his frustrating three-set victory over Philipp Kohlschreiber as he reached the Monte Carlo Masters last 16.

The Serb, who lost to Kohlschreiber in the third round at Indian Wells in March, prevailed 6-3 4-6 6-4.

Djokovic also threw his racquet into the crowd as he struggled to close out the match.

Djokovic, who received treatment to his thumb during the first set, committed eight double faults.