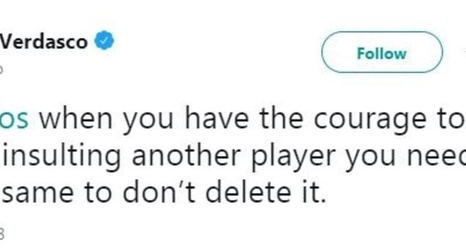 Nick Kyrgios and Spain's Fernando Verdasco traded insults on social media after the Australian said he wanted his Tour rival to lose at the Miami Open.

Kyrgios called Verdasco "the saltiest dude" as the Spaniard argued with Thanasi Kokkinakis during his last-32 win over Kyrgios' compatriot.

The pair could meet in the semi-finals.

Verdasco, ranked 39th in the world, argued with Kokkinakis in the final set of his 3-6 6-4 7-6 (7-4) win after accusing the Australian qualifier's father of talking during his serves.