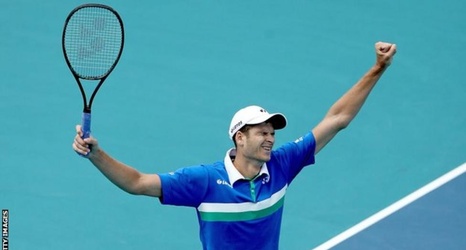 The world number 37 is the lowest-ranked player to win a Masters event since Tomas Berdych in Paris in 2005.

Sinner, 19, was the youngest Masters finalist since Rafael Nadal in 2005.

He won the first three games, before Sinner hit back to level and then go a break up at 6-5, but Hurkacz broke back and took the first set on a tie-break.