Miami Open: Cameron Norrie through to second round 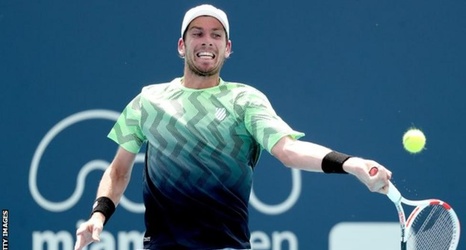 British number two Cameron Norrie produced a sensational final-set comeback to beat Yoshihito Nishioka in the first round of the Miami Open.

Britain's Katie Boulter and Heather Watson are also in action on Wednesday.