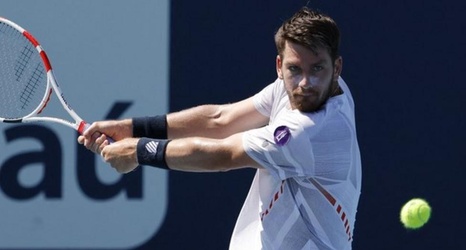 British number one Cameron Norrie was hampered by a calf injury as he was knocked out of the Miami Open with a 6-3 6-4 defeat by sixth seed Casper Ruud.

With his left leg heavily strapped, 10th seed Norrie lacked some of his usual physicality and accuracy.

Norway's Ruud took three of his eight break points, while Norrie struggled to make an impression in his return games.

Despite the fourth-round defeat, Norrie could still climb into the world's top 10 next week for the first time.

After a breakthrough season in 2021, Norrie has continued his fine form this year and was looking to reach his fifth successive ATP quarter-final.