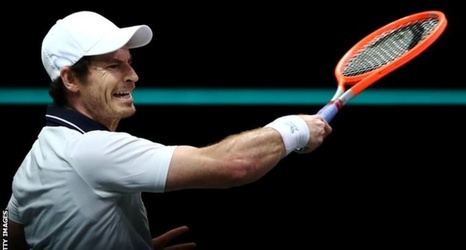 Briton Andy Murray said he is "puzzled and demoralised" by the groin injury which forced him to withdraw from this week's Miami Open.

The two-time winner, 33, was set to play South African Lloyd Harris in the first round of the tournament, which starts on Wednesday.

The world 118 said that he "struggled to walk" after developing pain while sleeping on Friday.

"I don't know where it came from and why it happened," he said.

The three-time major winner said he arrived in Miami last Wednesday, did gym work and practised with no issues.

"I woke up in the middle of the night at about 2:30, rolled over and felt like my groin was a bit sore," he said.