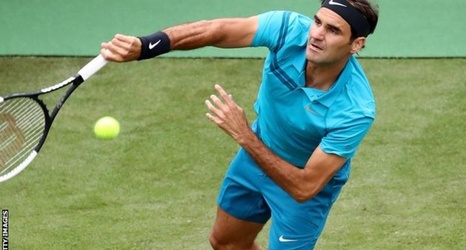 Roger Federer made a winning return to tennis as he beat Mischa Zverev in the second round of the Mercedes Cup.

Federer won 3-6 6-4 6-2 in Stuttgart after he missed the clay-court season in order to be ready for Wimbledon.

During his two and a half months out, he has dropped to second in the world rankings, behind Spain's Rafael Nadal.

But the 36-year-old will regain top spot if he reaches the final in Germany and faces either Guido Pella or Prajnesh Gunneswaran in the last eight.

Federer, who has won 20 Grand Slam titles, was playing for the first time since losing to Australia's Thanasi Kokkinakis in the second round of the Miami Open on 24 March.