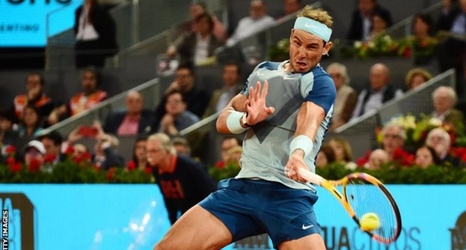 Rafael Nadal's latest comeback from injury began with a straight-set win over Serbia's Miomir Kecmanovic as he moved into the Madrid Open third round.

Five-time champion Nadal did not expect to play in Madrid after suffering a stress fracture of the rib in Indian Wells at the end of March.