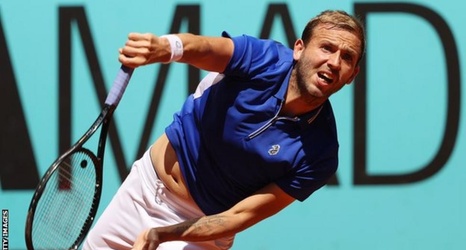 British number one Dan Evans continued his good form on clay to reach the Madrid Open last 16 with a three-set win against Australia's John Millman.

Evans was edged out of the first set in a tie-break, but maintained his focus and used variety to fight back.

Barty, who won 6-1 3-6 6-3 against the three-time champion, will face Spanish wildcard Paula Badosa in the last four.