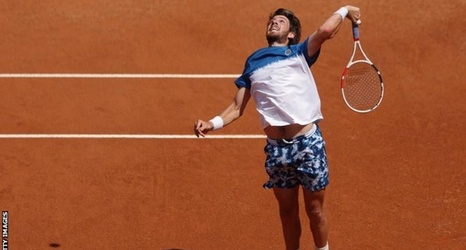 Britain's Cameron Norrie won his fourth ATP title and first on clay with a 6-3 6-7 (3-7) 6-1 victory over Alex Molcan of Slovakia in the Lyon Open final.

Britain's world number 11, who lost in the final to Stefanos Tsitsipas in 2021, had match points in the second set before losing it in a tie-break.

But he broke early in the decider and Molcan's challenge faded.

"It's my first one on clay. It means a lot for me - I couldn't be happier with how I handled everything this week.