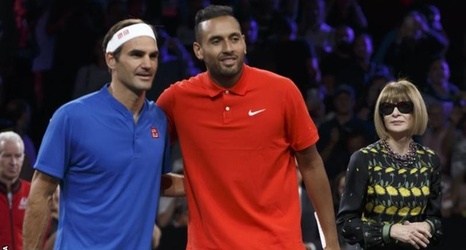 Nick Kyrgios had overcome a 0-4 deficit in the first-set tie-break to take the opening set in Geneva, Switzerland.

Federer maintained his unbeaten run in Laver Cup singles matches with a 5-0 record.

Kyrgios won a spectacular 31-stroke rally with a backhand winner early in the game which saw him claim the opening set, but a weak service game from the Greek at 5-5 in the second set gave the world number three the advantage.