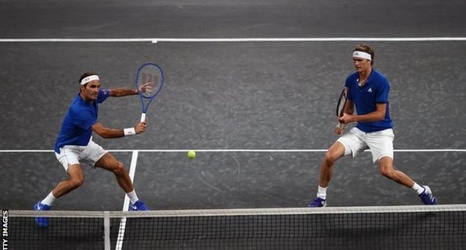 Roger Federer and Alexander Zverev won their Laver Cup doubles match as Team Europe lead Team World 3-1 after day one of the event in Geneva, Switzerland.

Sock had earlier beaten Fabio Fognini of Italy 6-1 7-6 to secure Team World's only point of the opening day.

Shapovalov and Sock converted just one of 16 break points, failing to take any of six set points in one game off Zverev's serve during the crucial second set.