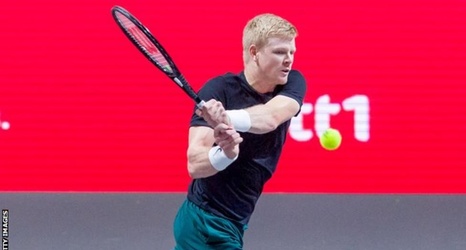 Britain's Kyle Edmund has been beaten in the first round of the ATP indoor event in Cologne - his third straight opening-round defeat at a tournament.

The world number 47 lost 6-4 6-0 to Japan's Yoshihito Nishioka, who is ranked nine places lower, in Germany.

Nishioka broke in the fifth game of the first set, before sweeping through the second as Edmund struggled on serve.

He will face either German seventh seed Jan-Lannard Struff or Italy's Marco Cecchinato in the next round.