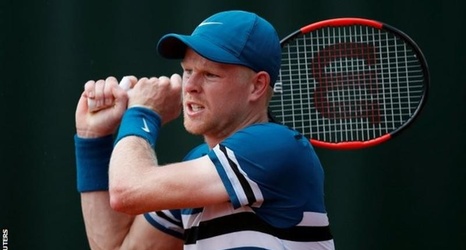 British number one Kyle Edmund moved into the French Open third round by beating Hungary's Marton Fucsovics 6-0 1-6 6-2 6-3 in a strange match.

Edmund, seeded 16th, raced to the opening set in just 27 minutes against the world number 45.

Fucsovics looked a different player as he took the second set quickly, before momentum swung back to Edmund.

"The second set is something to learn from but I'm happy to come through," Edmund said.

"When I'm playing at my best it's very good but I can't play like that the whole time.