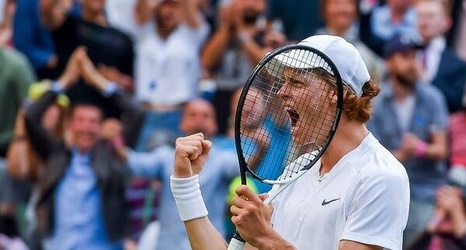 WIMBLEDON, England — It was a long weekend full of contrasts at the All England Club.

The first Sunday of the tournament has traditionally been a day of rest at Wimbledon, where they once did not play on Sundays at all.

But time rumbles on, and sometimes rolls right over tradition. Wimbledon has now joined the other Grand Slam tournaments by scheduling matches on every day available.

This year, the added entertainment on the first Sunday was more a pleasure for the senses than the regular fare on Saturday, when Nick Kyrgios and Stefanos Tsitsipas put on a mutually bratty display that you could not take your eyes off, frequently for the wrong reasons.