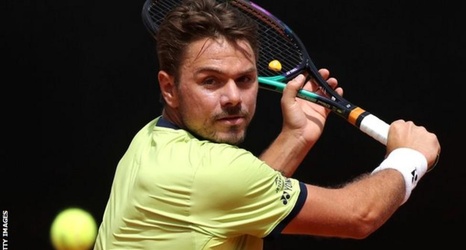 Three-time Grand Slam champion Stan Wawrinka put his injury troubles behind him to earn a first ATP Tour win in 15 months at the Italian Open.

The Swiss, now ranked 361st, was playing only his second tour match since March 2021 after a foot injury.

Meanwhile, four-time major champion Naomi Osaka has pulled out of the event because of an injury.

"Unfortunately I'm going to have to withdraw from Rome as the injury which I picked up last week in Madrid hasn't healed yet," said the Japanese player, who is now ranked 38th in the world.