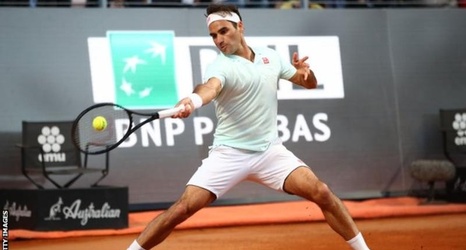 World number three Roger Federer has withdrawn from the Italian Open before his quarter-final against Stefanos Tsitsipas with a right leg injury.

Federer, 37, a four-time finalist in Rome, was competing at the event for the first time since 2016.

The Swiss saved two match points to defeat Borna Coric 2-6 6-4 7-6 (9-7) on Thursday, having beaten Joao Sousa in straight sets earlier in the day.

Tsitsipas will face Fernando Verdasco or Rafael Nadal in the semi-finals.

"I am disappointed that I will not be able to compete today. I am not 100% physically and after consultation with my team, it was determined that I not play," said 20-time Grand Slam champion Federer.