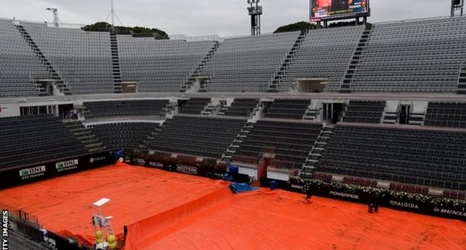 No play was possible at the Italian Open on Wednesday because of persistent rain in Rome.

Four-time finalist Roger Federer was due to make his first appearance at the event since 2016 against Joao Sousa.

World number one Novak Djokovic, who won the Madrid Open on Sunday, was due to play Denis Shapovalov in the evening but play was finally abandoned for the day at 8.30pm local time.

Thursday's day session will now be split into two parts.