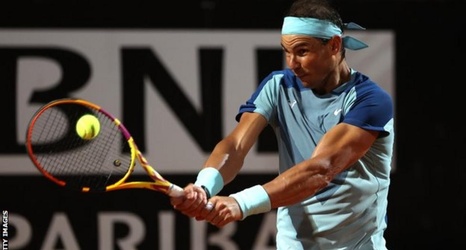 Rafael Nadal appeared to be struggling with a foot injury as he lost in the last 16 of the Italian Open to Denis Shapovalov.

The Spaniard dominated the first set before succumbing 1-6 7-5 6-2 to the Canadian world number 16.

Nadal was limping towards the end of the match, which will be a concern with the French Open starting on 22 May.

The 35-year-old has only just returned from a six-week absence with a rib injury.

It was Nadal's earliest exit in Rome since 2008.