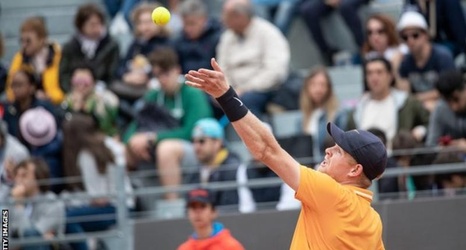 Since being knocked out in the second round of the Grand Prix Hassan II in Marrakech by Jo-Wilfried Tsonga last month, Edmund has lost in Monte Carlo, Munich, Madrid and Rome.

Ranked 14th in the world in October, the Englishman is now down at 27th.

Verdasco goes on to play Austria's Dominic Thiem in the second round.