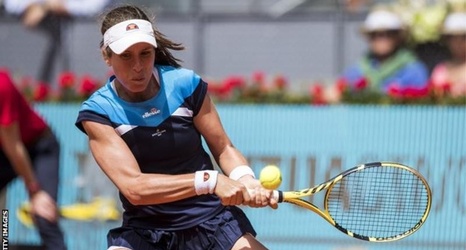 Britain's Johanna Konta will play American Sloane Stephens in the Italian Open second round after a straight-sets win over her compatriot Alison Riske.

The British number one beat 2017 US Open champion Stephens in Brisbane in January - their only previous meeting.

The Williams sisters, who share five Rome titles between them, could meet in the second round.