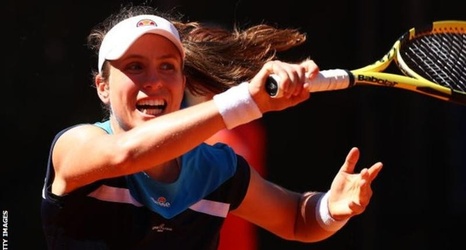 Johanna Konta recovered from a set down to defeat American world number eight Sloane Stephens 6-7 (3-7) 6-4 6-1 and reach the Italian Open third round.

The Briton, 27, made light work of the deciding set to record a seventh clay court victory of the year in two hours 33 minutes in Rome.

Due to persistent rain on Wednesday, the Briton will play twice on Thursday and faces Venus Williams next.

Williams received a bye after sister Serena withdrew with injury.

Konta made the perfect start against Stephens, breaking the American twice before saving four break points to take a 4-0 lead.