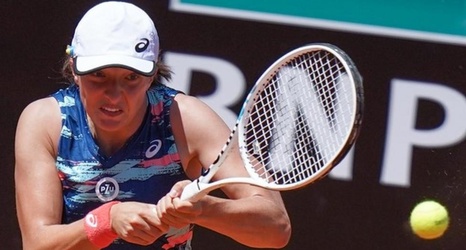 World number one Iga Swiatek became only the ninth player since 2000 to win 25 matches in a row after beating Victoria Azarenka at the Italian Open.

Poland's Swiatek overcame a slow start to win 6-4 6-1 against the Belarusian in the second round in Rome.

Swiatek lost serve again in the opening game of the second set, but fought back to take command and set up a quarter-final with Canada's Bianca Andreescu.

The 20-year-old Pole has dominated the WTA Tour in the past few months, fully grasping her chance to replace Ashleigh Barty at the top of the rankings when the 25-year-old Australian announced her shock retirement in March.