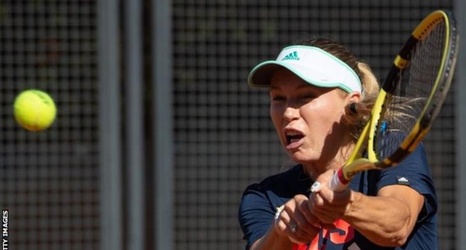 Former world number one Caroline Wozniacki retired from her first-round match at the Italian Open because of a leg injury.

Wozniacki, 28, lost the opening set 7-6 (7-5) against American Danielle Collins before she had to stop.

It is the second straight tournament at which the Dane has withdrawn early on.

She trailed 3-0 against Alize Cornet in the opening round of the Madrid Open earlier this month and had to pull out because of a back injury.

Wozniacki is ranked 12th in the world and will be hoping to be fit for the French Open, which starts on 26 May.