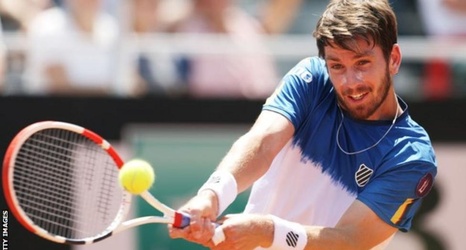 British number one Cameron Norrie shook off some early nerves to beat teenage wildcard Luca Nardi in the Italian Open first round.

"I need to clean up a lot of errors," ninth seed Norrie told Amazon Prime.

"But I was pleased how I turned it around after that start though.