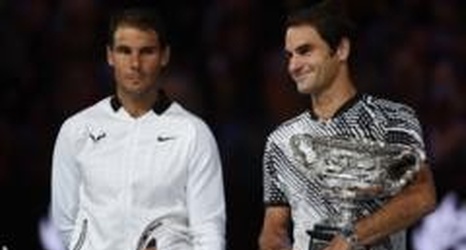 Roger Federer and Rafael Nadal have set up a fourth-round tie at the BNP Paribas Open in Indian Wells - a re-run of this year's Australian Open final.

Novak Djokovic beat Juan Martin del Potro, while Angelique Kerber, who is set to become world number one, is out.

The German, who is guaranteed a return to the top of the rankings on Monday following Serena Williams' withdrawal from Indian Wells and the Miami Open, lost 3-6 3-6 to Russian Elena Vesnina.