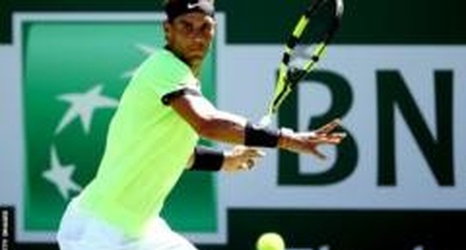 The Swiss beat Nadal in the Australian Open final in January to win his 18th Grand Slam title.

Second seeds Novak Djokovic and Angelique Kerber are among those in action later on Tuesday.