Indian Wells: Daniil Medvedev and Dan Evans into third round 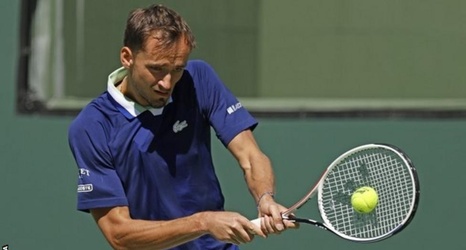 New world number one Daniil Medvedev and Britain's Dan Evans reached the third round at Indian Wells with comfortable wins on Saturday.

Medvedev was playing for the first time since being told he can no longer compete under the Russian flag after his country's invasion of Ukraine.

But the 26-year-old brushed aside Tomas Machac, beating the Czech qualifier 6-3 6-2 in the California desert.

It was also Medvedev's first game since reaching the top of the world rankings for the first time and he was dominant after saving a break point in the first game.