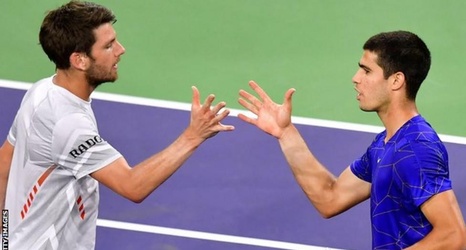 Cameron Norrie's Indian Wells title defence was ended by the rising 18-year-old Carlos Alcaraz, who will face Rafael Nadal - unbeaten in 2022 - next.

Spaniard Alcaraz reached the quarter-finals at last year's US Open.

Australian Kyrgios was broken when serving for the first set, and was warned after smashing his racquet in frustration.