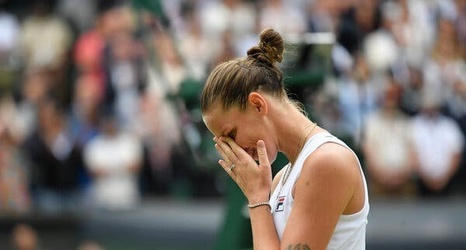 WIMBLEDON, England — Karolina Pliskova was happy with how she had played in the Wimbledon final on Saturday, despite a disastrous start — she lost the first 14 points of the match — and the fact that it ended in a 6-3, 6-7 (4), 6-3 loss to Ashleigh Barty.

Where Pliskova disappointed herself, she said, was after the match. “I never cry — never!” Pliskova said as she began tearing up during the trophy ceremony. “And now?”

In her news conference more than an hour later, Pliskova said that she had “never had a better moment in my career” and that she had been “more sensitive than I normally am” after receiving enthusiastic support from the crowd and the runner-up plate from Kate Middleton, the Duchess of Cambridge.