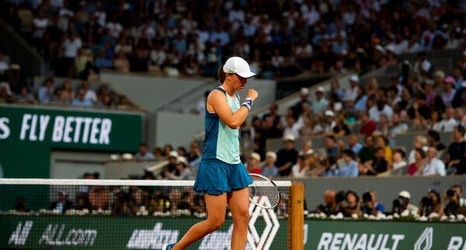 After winning her first French Open out of season in October as an unseeded teenager, Iga Swiatek proved that was absolutely no fluke by winning the title again in the spring as an overwhelming favorite.

Swiatek, now 21 and the No. 1 seed from Poland, cemented her status as the game’s dominant player by defeating Coco Gauff of the United States, 6-1, 6-3, in Saturday’s women’s final in just over an hour.

She even beat the rain, closing out the victory with thunder rumbling in the final game over the main Philippe Chatrier Court with its open roof.