Hsieh and Strycova Capture Doubles Title, Then Hit the Ball 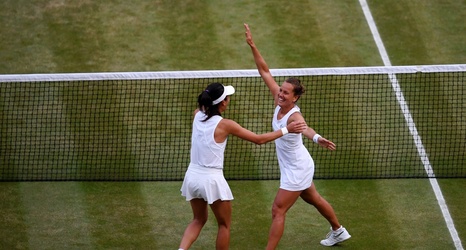 WIMBLEDON, England — Hsieh Su-wei and Barbora Strycova were ready hours before the scheduled start of the Wimbledon women’s doubles final, which was planned as the third match on Centre Court on Saturday.

After Simona Halep needed just 56 minutes to beat Serena Williams in the first match on Centre Court, it looked like they might get on earlier than expected.

Then, the men’s doubles final lasted four hours and 57 minutes. As it reached a fifth set, tournament supervisors told Hsieh and Strycova their match was being postponed.

“I was feeling good yesterday in my practice,” Hsieh lamented.