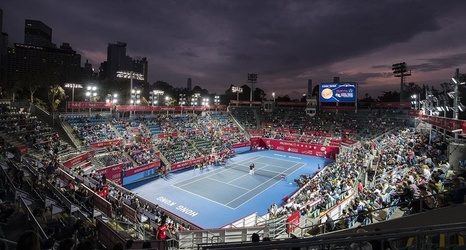 HONG KONG — The Hong Kong Open tennis tournament was postponed indefinitely Friday because of widespread protests in the region.

The tournament had been scheduled to be held from Oct. 5-13 on outdoor hard courts at Victoria Park. Tournament organizers said the event would be put back ''in light of the present situation'' but did not give a new date.

A summer of protest has rocked the region, led by campaigns against a proposed extradition law which would allow Hong Kong suspects to be sent to China for trial.